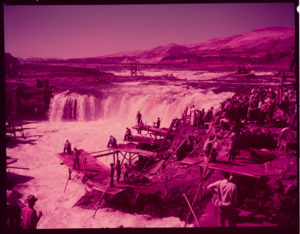 Here  is a faded Kodak Ektachrome 4×5″ color transparency taken September 13, 1952. It shows Indians fishing at the long-gone Celilo Falls on the Columbia River sixty-five years ago. The colors have faded leaving a strong reddish-magenta cast. I made a drum scan of the original film and this is exactly what it looks like.

This is my basic color corrections made using Photoshop. I started in curves with a white balance eyedropper on a specular highlight.  Then I went to color balance and reduced the magenta out of the shadows, mid-points and highlights. That gave me fairly good tonality but it was too greenish. I used the hue control to get the sky looking right, then back to curves to fine-tune the color. The result shows good skin tones on the people, and the sky and water are logical & natural appearing. Most peoples clothes are believable. The only giveaway is the deepest shadows in the rocks which have a slight magenta cast. I could take care of that with a black eyedropper in curves, but the result is too drastic. Experience has taught me to quit while I’m ahead.

All of the work done on this picture was global; I didn’t do any local color control. This restoration was a sequence of about seven separate adjustments done in a particular order. It took a couple of tries to get the recipe right. I probably invested about fifteen minutes of time into this.

The photographer is Hugh Ackroyd (1913-2012) and this is a copyrighted photo.

This tantalizing image was first shown twenty years ago in the exhibit A Portland Family Album; Self-Portrait of an African-American Community.  Christopher Rauschenburg, Richard Brown and I, along with an army of helpers, produced the 115-print show, which, because of its size, was co-hosted by the Blue Sky Gallery and the Interstate Firehouse Cultural Center. This month, I’m digitizing the collection to put on the Blue Sky Gallery website.
The source of this image is a glass plate negative, taken by an Oregon Journal staff photographer in the fall or winter of 1915-16. The plate had been in a flood and lost about a third of its emulsion. Over the last twenty years I’ve often wished that the location could be identified. The best clue was the street number address above the doorway, which was “26”.  Last week, I checked the 1915 Portland city directory’s classified business listings for cigar stores. There was only one cigar store with that address in the areas of downtown using glass blocks in the sidewalk cement that you see in this photo. These were called  Vault Lights and were used to illuminate basements with natural daylight. Most nineteenth-century downtown buildings had hollow sidewalks with cellars beneath. Vault lights had, in many cases, prisms on the bottom side to direct the light around the basement, illuminating every corner with daylight.

For scanning glass plates, I’m now using a scanner mounting fluid to cover the emulsion (with a mylar overlay on top to prevent the fluid from evaporating, which otherwise it would do in a matter of seconds). The fluid greatly reduces refraction and bruises in the emulsion; the result looks almost like the picture was taken yesterday by a digital camera.

For the rest of the exhibit, sometimes I still have access to an original print and I’ll scan that, otherwise I’m drum-scanning the  copy negatives I made to print the 1995 exhibit.

Uber started its Portland service a hundred years after the Jitney War of 1915. Although there are many differences between Jitneys, Taxicabs and Uber, the fact remains that Portland is no stranger to drastic and unpredictable disruptions in transportation caused by changes in technology and opportunity. 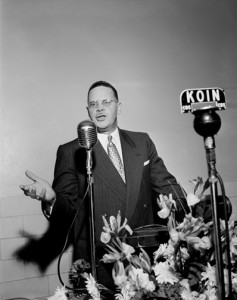 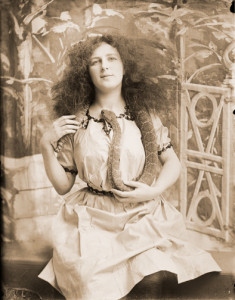 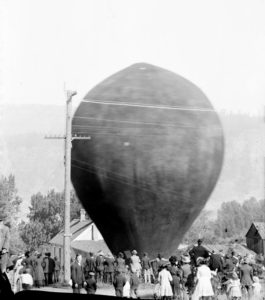